Please ensure Javascript is enabled for purposes of website accessibility

Not Being The Protagonist 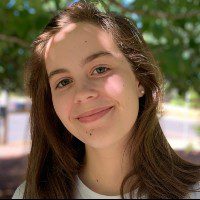 In history class, we often hear about the giants of movements or the greatest of the greats. The people whose names are recognizable instantly, those who left huge footprints to fill in terms of changing the world. Even if we don’t think of them the same way, we also idolize our childhood heroes, those people with capes and wands who with a few friends and a lot of pluck saved the world. They’re the names. The leaders. The people we dress up as for Halloween and think of as unachievable legends to look up to.

Heroes Can Be Regular People

At the same time, we also find ourselves looking out at the world and its myriad disasters and thinking, how do you possibly fix this? We tell ourselves that we aren’t those heroes, or that we can’t rise to that level of world-changing leadership. We’re small, we’re just regular people.

Partially, we’re right. No, we can’t all be Luke Skywalker or Harry Potter or Mother Teresa or Rosa Parks. But, we also aren’t powerless. Not in the slightest. Leadership is not all-or-nothing, though sometimes it’s portrayed as such. Rather, we all have roles of leadership, in every aspect of our lives; we merely need to step into them. We are listened to by our friends and family, we lead those younger than us by example, we participate in the world around us and make choices that affect others.

People Mobilize and Inspire Others

When we choose to be proactive in our democracy and advocate for what we love, and tell those close to us to do the same, we’re leading something. When we set a good example for people younger than us (or people the same age as us), we’re becoming leaders. Even if we aren’t the highest ranking person in a club or team or organization, we’re still part of being a leader by helping that higher leader and being a so-called “right hand man” in helping to keep things running. No leader, real or fictional, does everything by themselves, and there isn’t just one person leading anything. People mobilize and inspire others in their own small circles and do things that matter.

It’s also often assumed that being a leader means being super gregarious and outgoing, too, but that’s not always the case. Many leaders work quietly, many lead by example without fanfare, and that’s leadership too.

Leadership also doesn’t need to solve everything or save the world or create amazing brilliant new things. It can be in little things. Volunteering, helping those around you, being someone for someone else to say, “If only everyone was like (you).” We all can do that. I find that a source of hope for the world, really. Even if we can’t all change the entire world, we can change our little corner of it as best we can. And that does matter, to one or two or a dozen or a hundred people, even if it’s not earth-shaking.
That’s leadership, too.

Kate is a junior at Crescent Valley High School in Corvallis, Oregon. She has volunteered with YVC since 2017 and has served on her local YAB since 2019. This is her first year on IYAB. Outside of academics, she edits her school’s newspaper and serves as a co-captain of her school’s Speech and Debate team. She also plays tenor saxophone in band and participates in Leadership and Crescent Valley’s Core Council of student government. In her free time, she loves to read, write, do yoga and bullet journal. She’s a self-identified nerd, and loves leadership and community service!